The Hollywood Walk of Fame stars include actors, musicians, directors, producers, music groups, theater groups, fictional characters and more who have made significant accomplishments to the entertainment industry.

It is located in - you guessed it - Hollywood California , about 125 miles north of San Diego, in Los Angeles. 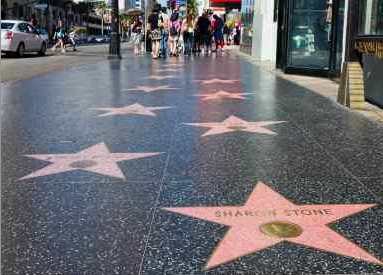 The Hollywood Walk of Fame has over 2400 stars embedded in the sidewalk along 15 blocks of Hollywood Boulevard and 3 blocks of Vine Street in Hollywood, California. This popular Hollywood attraction receives over 10 million visitors a year.

Each star is a coral pink terrazzo five-point star rimmed with brass, inlaid into a charcoal colored terrazzo background. They are spaced at 6 foot intervals (1.8 meters).


View Map of Hollywood and Universal Studios in a larger map

View Map of Hollywood and Universal Studios in a larger map 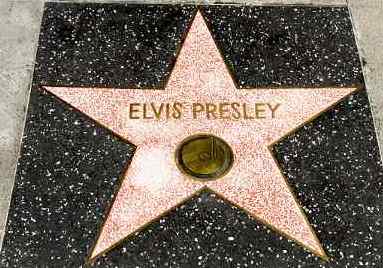 You can search for your favorite stars and find their location on the Hollywood Walk of Fame. There are several stars with the same name, such as Michael Jackson, so if you have a favorite star, be sure to search before you go to get their exact address.

To search for your star, see www.walkoffame.com/starfinder