Note: Due to COVID-19, some of these theme parks have restrictions on attendance, so be sure to check the rules carefully, which are changing as California opens up. Also, some discount tickets are not currently available due to limited capacity at the parks 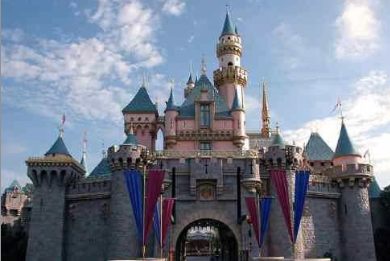 Disneyland California If you want to have a great time in a magical place, visit Disneyland. Located a short drive north of San Diego in Anaheim, along with its sister part Disney California Adventure, it is one of the best theme parks in Southern California. Star Wars land. They have something for everyone. Appropriate for kid of all ages, teens and adults. $$$$$

Universal Studios Are you intrigued by Hollywood, but also want a theme park experience? Visit Universal Studios in Hollywood for fun rides and attractions, including a backlot studio tour. Harry Potter too. Appropriate for older kids, teens and adults. $$$$

Sea World San Diego Located near downtown San Diego, SeaWorld has both rides and animal shows for a variety of experiences. $$$$ Appropriate for kid of all ages, teens and adults. 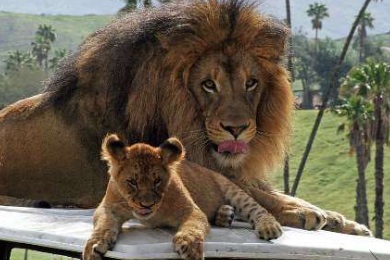 San Diego Zoo The world-famous San Diego Zoo is in Balboa Park, in the heart of San Diego. They have wonderful collection of animals and beautiful gardens too. $$$ Appropriate for kid of all ages, teens and adults.

Safari Park The San Diego Zoo also has a wildlife park, with a safari theme. You can take a tram ride through the African Safari. One of my favorite theme parks in Southern California. $$ Appropriate for kid of all ages, teens and adults. $$$

Knotts Berry Farm A fun theme park in Los Angeles area with rides, rollercoasters, and attractions. Appropriate for kid of all ages, teens and adults. $$$$ 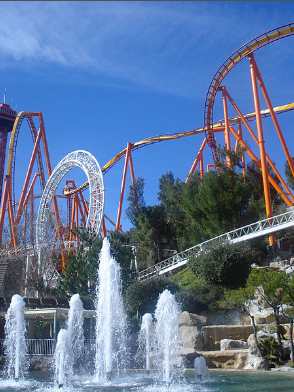 Six Flags Magic Mountain If you love rollercoasters, this is the SoCal theme park for you. Located north of LA, it is best for older kids, teens and adults. $$$$

Legoland Do you love legos? Check out Legoland in Carlsbad, north of San Diego. Lego exhibits, rides, and a lego store. I love the cities build out of legos. Best for kids and anyone who loves legos. They also have an aquarium and seasonal water park.$$$$

Belmont Park A fun theme park right on the beach. No admission, so you only pay for the rides. Located at Mission Beach in San Diego, you can enjoy some rides, swim at The Plunge indoor swimming pool, or enjoy the beach. $$

Go LA Card - The Go LA card offers 1, 2, 3, 5 or 7 day vacation packages to 37 destinations in and around Los Angeles, California. The prices listed in the table are for 3 and 7 day packages. Major theme parks in southern California on the Go Card include Universal Studios Hollywood, Knotts Berry Farm, Six Flags Magic Mountain and Legoland. In addition to those theme parks in California, there are many other smaller attractions covered in the price, including Hollywood studio tours, Pacific Park at the Santa Monica Pier, Knotts Soak City water park in Buena Vista, and much more. Go LA Card

Southern California Theme Park - This popular package offers a choice of these top So Cal attractions:. First you get 1 day at Universal Studios Hollywood. Then for an additional amount, you can add on any of the following: 1 day at either Knotts Berry Farm or Six Flags Magic Mountain; one day at San Diego Sea World or Legoland California; and 1 day at either Safari Park or San Diego Zoo. You have 30 days to use from the first use. SoCal Theme Park Pass

City Pass - If you want to include Disneyland in your package for theme parks in California, then the Southern California City Pass is the way to go. Save up to 30% on tickets! This deal offers 3 days at Disneyland California theme park (including Disney California Adventure park), 1 day at Legoland, 1 day at Sea World San Diego, and an option to purchase either 1 day at San Diego Zoo or Safari Park. aRes Travel CityPass