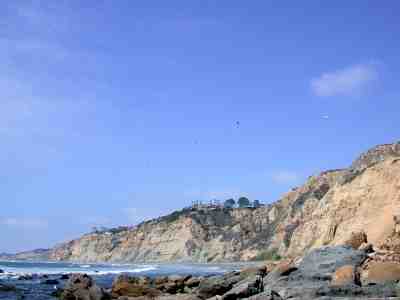 Just south of Del Mar and north of La Jolla is Torrey Pines Beach and Reserve. The Torrey Pines State Beach stretches 4 ½ miles past Los Peñasquitos Lagoon to the base of sandstone cliffs at Torrey Pines Mesa. The bluffs are quite scenic and the beach is popular for walking and running, especially at low tide. Above the beach is Torrey Pines State Natural Reserve, with beautiful hiking trails and views. The Torrey Pines Glider Port sits on the bluffs and is worth a visit, even just as a spectator. The gliders soar along the cliffs above Blacks Beach, San Diego’s popular nude beach that is rated a California Best Beach. 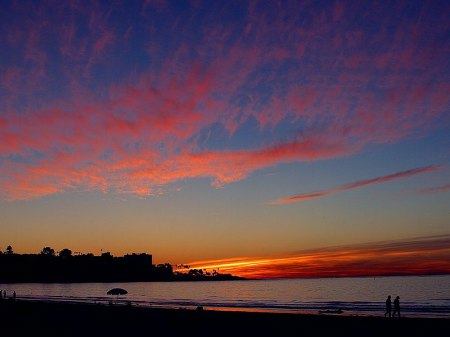 A visit to San Diego California beaches should include a visit to the lovely and varied beaches in La Jolla, an affluent community with luxury homes, fine dining and upscale shopping, and of course, some best California beaches. La Jolla Shores Beach is a popular beach for swimming, surfing, kayaking and bodyboarding. Other La Jolla San Diego Beaches include Scripps Beach next to the Scripps research pier at the Scripps Institution of Oceanography, La Jolla Cove, a small cove for swimming and snorkeling, La Jolla Children's Pool, which is now a seal beach, Marine Street Beach, a local hangout, and Windansea Beach, popular with surfers. Nearby is the Scripps Birch Aquarium, a popular aquarium in San Diego. 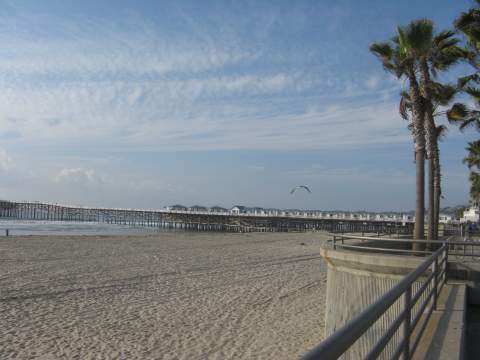 Pacific Beach is one of the most popular beaches of San Diego, running from Crystal Pier south for about two miles before it becomes Mission Beach. The narrow Pacific Beach boardwalk lines the beach and is full of skateboarders, rollerbladers, runners and bike riders. There are many shops, restaurants, and beach rental stores to enjoy on your Pacific Beach San Diego vacation. If you want to be where the action it, Pacific Beach or just P.B. as it is called by the locals, is the place to be, one of the top beaches in California. This is a favorite place for college students from UCSD and SDSU, and young adults. North Pacific Beach, from Tourmaline to Crystal Pier is a quieter stretch of SanDiego Beach. 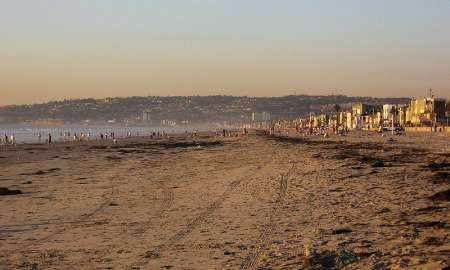 Mission Beach California is a beachfront playground just south of Pacific Beach with a nice sandy beach bordered by a long seawall and cement boardwalk. We like it because it offers such a variety of things to do, especially for teenagers and young adults, such as ride the Belmont Park Giant Dipper rollercoaster and picnic in nearby Mission Bay Park. San Diego Mission beach and Belmont Park are popular with both tourists and locals. We think this one of the California Best Beaches because it is so much fun! 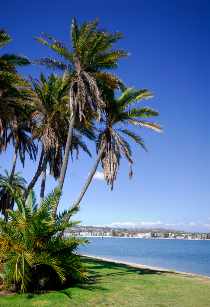 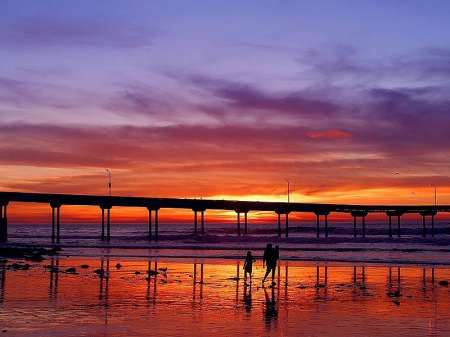 Ocean Beach, another popular beach in San Diego, is a friendly, comfortable beach between the San Diego River and Point Loma, with lots of sand, surf, and a boardwalk. At the north end is the original dog beach in California, where you will see dogs of all types enjoying the beach without being leashed. If you are a dog, this is one of the best beaches in California (Coronado Dog Beach is great too). The Ocean Beach Pier in San Diego offers a great view, and you can also fish off the pier without a fishing license.

Point Loma, at the entrance to the San Diego Bay, is known for its beautiful scenery and waves, but not for a sandy beach. It is worth a drive out to Sunset Cliffs to watch the beautiful and best California beach sunset. At the southern tip of point Loma is the Cabrillo National Monument, and some nice tide pools. San Diego Whale Watching is also popular from Point Loma. 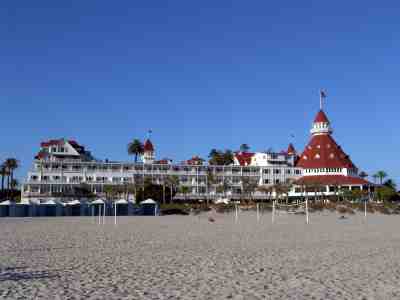 Coronado City Beach is one of the California Best Beaches, in fact it is rated one of the top ten beaches in the world. The beautiful wide beach is set in the upscale community of Coronado, full of impeccably maintained parks and mansions and the world famous Hotel del Coronado. The north section of the beach is one of the San Diego dog beaches, allowing unleashed dogs. Other Coronado beaches in San Diego include Silver Strand State Beach, a popular RV beach campground, Glorietta Bay Park near the Coronado Municipal Pool, Tidelands, with a spectacular view of the Coronado-San Diego Bridge, and The Landing.If you are looking for the best beaches of San Diego, Coronado City Beach must be on your list. 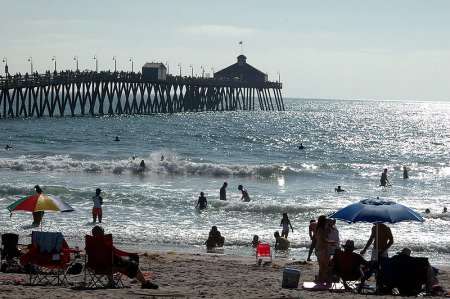 Imperial Beach was the home to the famous U. S. Open Sandcastle Competition, and it is said to have the best California beach sand! The beach is ideal for swimming, jogging, sunbathing and some world-class surfing, and is popular among South San Diego residents and tourists. The Imperial Beach Pier is a great place to take children fishing for the day, and no fishing license is required. Further south in the town of Imperial Beach near the border with Mexico is the Tijuana Slough National Wildlife Refuge, the largest salt water marsh in Southern California. The California Border Field State Park occupies part of the refuge. There are hiking trails and horseback riding, but swimming or surfing is not a good idea due to poor water quality. Imperial Beach San Diego CA should be on your list for a building a sand castle or for a nice day at the beach, if you are in southern San Diego.
Home › Beaches › Beaches in San Diego
FacebookTwitter