Universal Studios is both a theme park and a Hollywood movie studio. It is located about 45 minutes from Disneyland California, and 2 hours from San Diego. 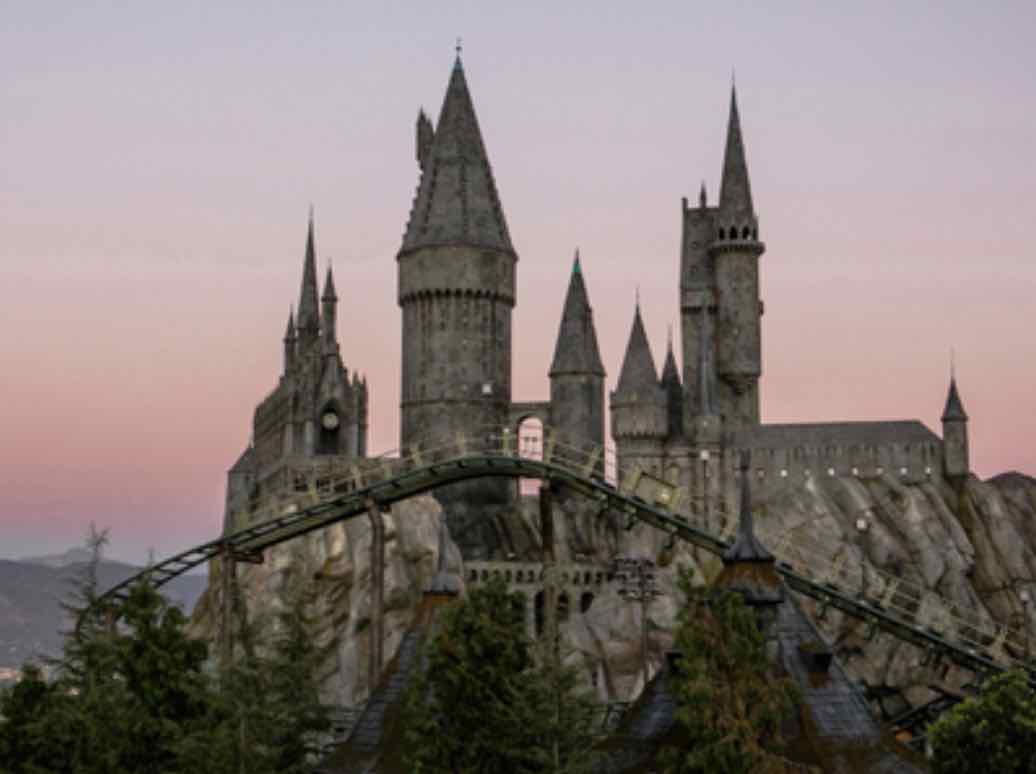 If you love theme parks, a visit to Southern California should include a day at Universal Studios Theme Park. Don't miss the shows and rides - the new LA Wizarding World of Harry Potter World, and WaterWorld - A Live Sea War Spectacular, and of course, the King Kong 360 3D exhibit.

The park includes lots of fun for the whole family. In addition to the must see behind-the-scenes Hollywood tour, there are many rides and attractions including these popular rides:

The Wizarding World of Harry Potter including Harry Potter and the Forbidden Journey, and Flight of the Hippogriff rollercoaster.

Revenge of the Mummy ride (must be 48" tall)

WaterWorld - A Live Sea War Spectacular show (you may get soaked!)

You can also meet your favorite characters like The Simpsons, Scooby Doo and Shrek. 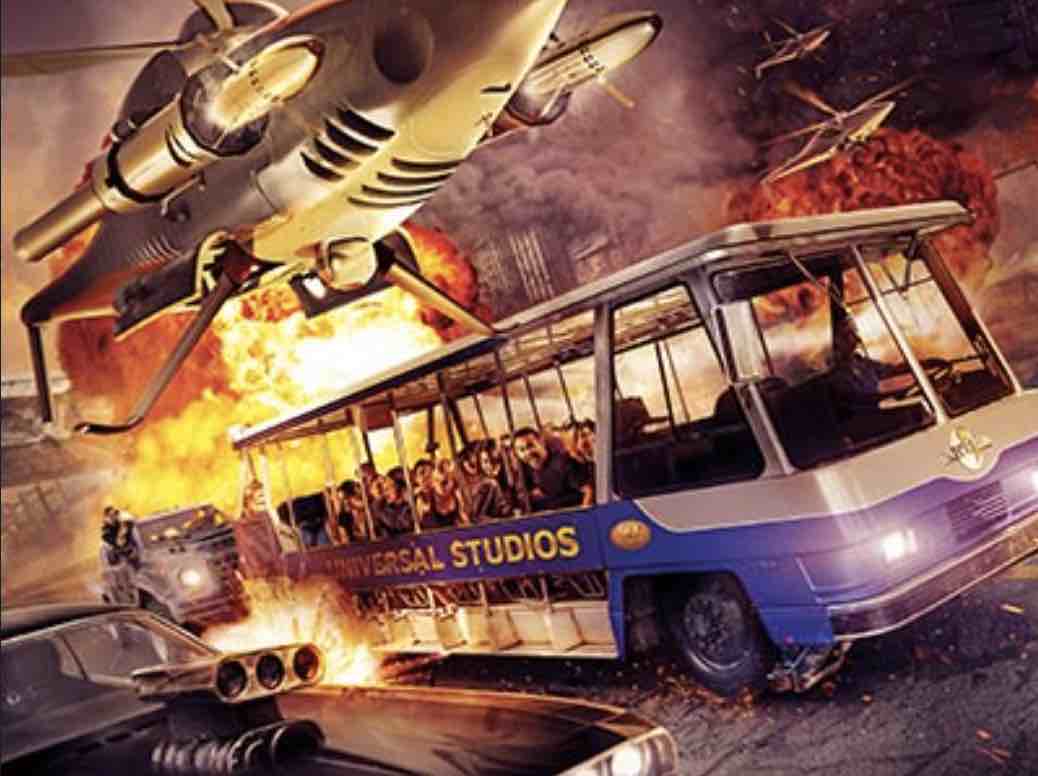 Of course you won't want to miss the Behind-the-Scenes Hollywood Studio Tour and and go behind the scenes of a working movie studio. After all, this is Universal Studios LA! The current tour is Fast & Furious Supercharged Tour, a bit rougher than some of these images from earlier tours:

War of the Worlds plane crash 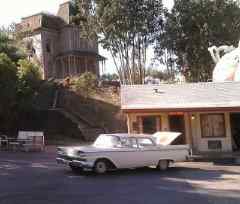 The VIP Experience tour costs extra, but gives you plenty to see back stage. You have a personal studio guide, get to walk around in the backlot, and see sets from your favorite shows. Reservations are strongly recommended as space is limited. 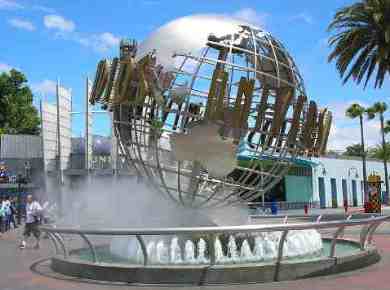 Early Admission - If you purchase a preferred hotel package from Universal Studios online, you can get 1 hour early admission to The Wizarding World of Harry Potter.

Ticket Prices: Regular price is $109 to $139 per person, ages 2 and under are free. Front of the line pass is expensive and the price varies depending on the season, which includes priority access to all rides and attractions and reserved seating. VIP tickets are available for additional cost. But don't pay full price - see our page on Universal Studios Discount Tickets

Food: One of the nice things about this SoCal theme park is CityWalk, a collection of fun restaurants in a Hollywood California setting open during the day and for several hours after the park closes. Stay for a late dinner after your day at Universal Studios LA!

Grinchmas happens every winter at Universal Studios, where the Grinch himself can be seen at Whoville.

Universal Studios CityWalk is located just outside Universal Studios, as you walk from the parking lots to the theme park. Citywalk has restaurants, clubs, IMAX theater, shops, live music and lots of fun to get you into the Hollywood spirit.

You can exit the park for a nice meal, or stay later in the evening after the park closes and enjoy an evening of food and entertainment.

Admission to the theme park is not required to visit CityWalk.

Don't worry, you don't have to drive across this bridge to get there! It's just part of the studio tour.

Universal Studios California is located in Southern California about one hour from Disneyland and about two hours north of San Diego Cal. For map and driving directions, see Map of Hollywood