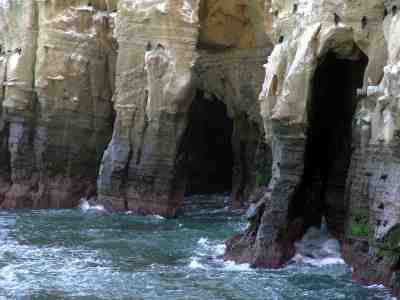 All of the La Jolla Sea Caves are visible from the water. You must be with an approved La Jolla Kayaking tour group to enter the caves. Tours leave from La Jolla Shores beach. Depending on the tide and weather conditions, the tour groups usually enter The Clam's Cave, the largest cave on the western end, and sometimes Arch cave. The other caves are visible from the ocean, but are usually too dangerous to enter. 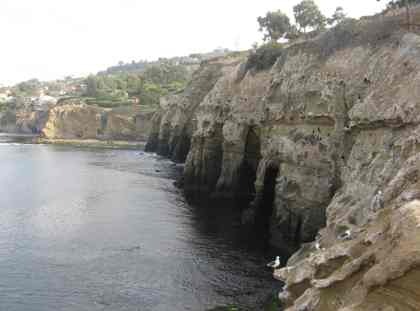 You can easily view The Clam's Cave from Coast Blvd. and the historic Coast Walk Trail. If you walk out the edge of the cliff, you can see the other caves as shown in the photo above. 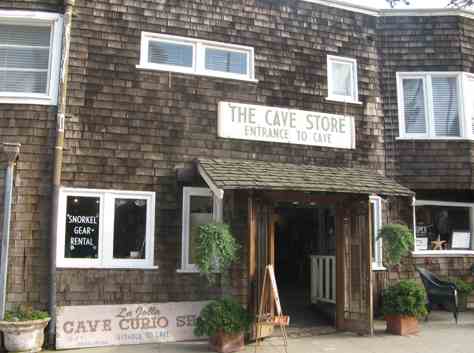 Sunny Jim Cave can be reached from The Cave Store on Coast Blvd. In 1902 a tunnel was dug to the cave. 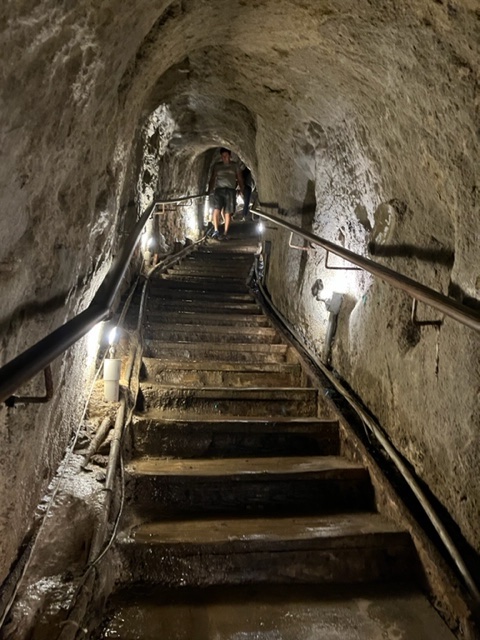 For a small fee you can climb down the 144 steps to the inside of Sunny Jim's Cave. You can spend 15 - 20 minutes enjoying the view of La Jolla, framed in the shape of the head of Sunny Jim. 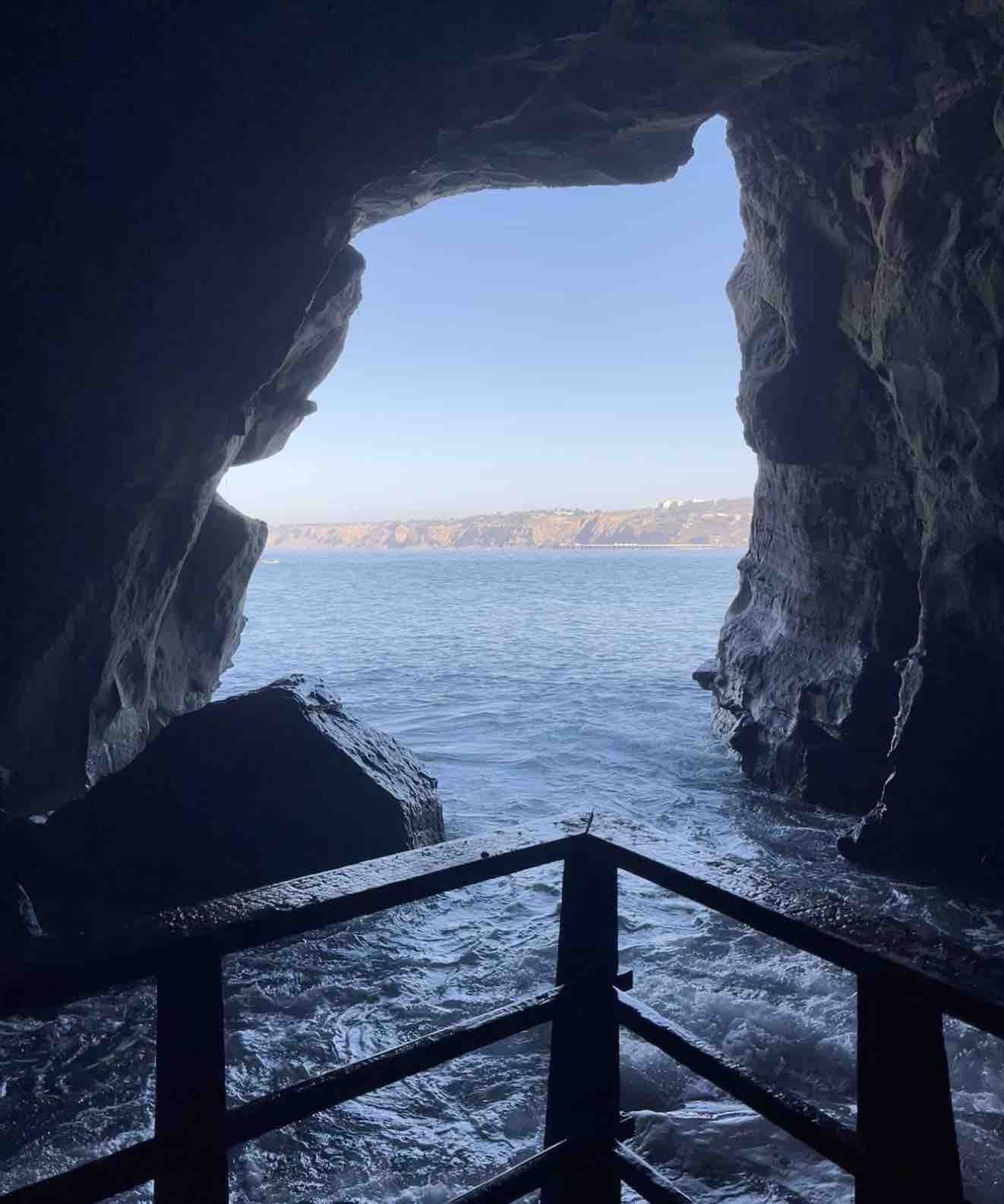 View of Sunny Jim's Sea Cave from bottom of stairs in the cave store.

Directions to La Jolla Sea Caves - from Interstate 5 go west on La Jolla Village Drive, left on Torrey Pines Road, right on Prospect Place to 1325 Coast Blvd. South. There is a small parking lot on the right near The Cave Store, or street parking.