Disneyland hours April 2023 - open and close park hours for Disneyland California. This year spring break may be later, as Easter Sunday is on April 9 2023.

Southern California is lovely in the spring, as the days are getting longer and the weather is almost always perfect. Take this opportunity to see the happiest place on earth. 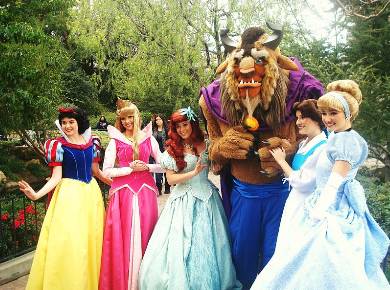 I must say that I was always a bit confused about the park hours at Disneyland. Certain times of year, including April, the park hours (open and close times) seem to vary a lot. Sometimes they open at 8 AM, sometimes 10 AM. Sometimes they close at 8 PM, or 10 PM, or midnight. It varies depending on the day of the week, the season, holidays such as Easter Sunday, school breaks, and special parties, but after COVID-19 and the requirement for park reservations, the park hours are more consistent.

So - the only way to know for sure is to look at the daily park hours for Disneyland and Disney California Adventure theme parks.

Most days are beautiful sunny California weather, with an occasional rainy day. It's spring. What's not to like?

When are the Park Hours Disneyland for April 2023? See the Disneyland open and close hours April 2023 in the following table.

The times may be listed as tentative until Disney publishes their park hours Disneyland schedule about 4 to 6 weeks before the date. If tentative, the hours are based upon prior years.