See the Disneyland Hours September 2023.  Check out the park hours in the table below to help plan your visit. Disneyland Halloween begins in early September, which means Disney California Adventure park closes early some nights (around 6 PM), but you can also purchase special tickets to Mickey's Halloween party.

Reservations are required and capacity is limited. 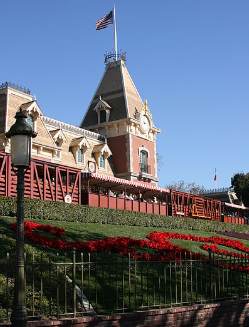 September is a great time to visit Disneyland California and Disney California Adventure,  as the weather is beautiful, the days are long, and after Labor Day, the crowds have started to thin out. Arrive early to avoid the lines, and take a break during the day if needed before you come back to enjoy the evening fireworks.

Labor Day weekend marks the end of summer, so expect some crowds there to celebrate the weekend of September 2 to September 4 2023.

Halloween Time at Disneyland park starts this year in early September through October 31 2023, with great decor for the Halloween and Dia de los Muertos. In 2023,  we expect that the the Oogie Boogie Bash celebration will happen again at Disney California Adventure Park. On select nights when Mickey's Halloween Party happens, the park closes early (6 PM) for regular guests, but those who purchase a ticket to Mickey's Halloween Party,  they get to stay for a special treat (as well as enter the park 3 hours before the party begins).