See the Disneyland hours January 2023 below to help you welcome in 2023 with a visit to the happiest place on earth - Disneyland. The holiday decorations stay up through approximately January 8 2023. 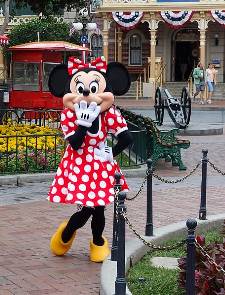 For all of you wondering about the weather in January when you plan to visit Disneyland California, note that we do not have wind chill factor or snow days in Southern California. Most days in January are sunny but slightly cool, with cool evenings as the sun goes down around 5:00 PM. Sometimes it rains or even pours, so a light parka is helpful (or you can buy one at the park). Many times you will find warm sunny days!

The crowds are pretty heavy during the Christmas to New Years holiday, so arrive early. This year New Years Day is on Sunday January 1 2023, so expect crowds to thin out after that weekend or the following weekend, as some schools have an extended winter break.

Martin Luther King Jr. Day is on Monday January 16 2023, and is another popular holiday weekend, as many schools are closed.

Except for those holiday times, January is a pretty quiet time to vacation at Disneyland California Resort or Disney California Adventure park.